Taipei, Chinese Taipei, April 25, 2019 – Cultural and Sports Club of Varamin Municipality underlined their supremacy over the 2019 Asian Men’s Club Volleyball Championship after an epic comeback 3-2 win against Japan’s Panasonic Panthers in an action-packed final showdown at the University of Taipei (Tianmu) Gymnasium on Friday. 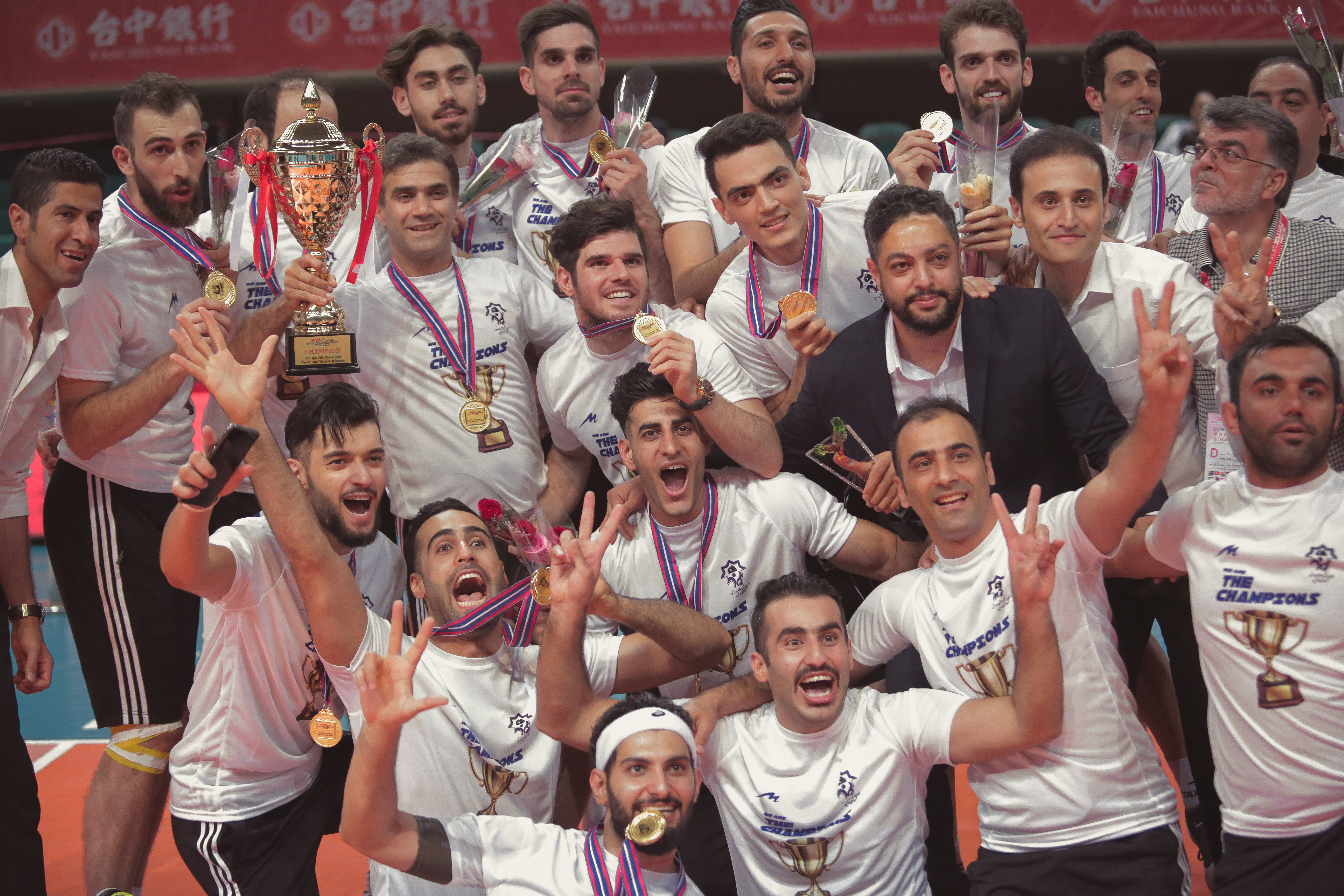 The hard-fought 25-20 25-16 22-25 20-25 16-14 win not only gave Varamin a sweet revenge for their 2-3 loss to the Japanese side in the top-8 playoff match last week but also stretched title-holders Iran’s domination at the topflight competition to 14 overall including four times in a row. 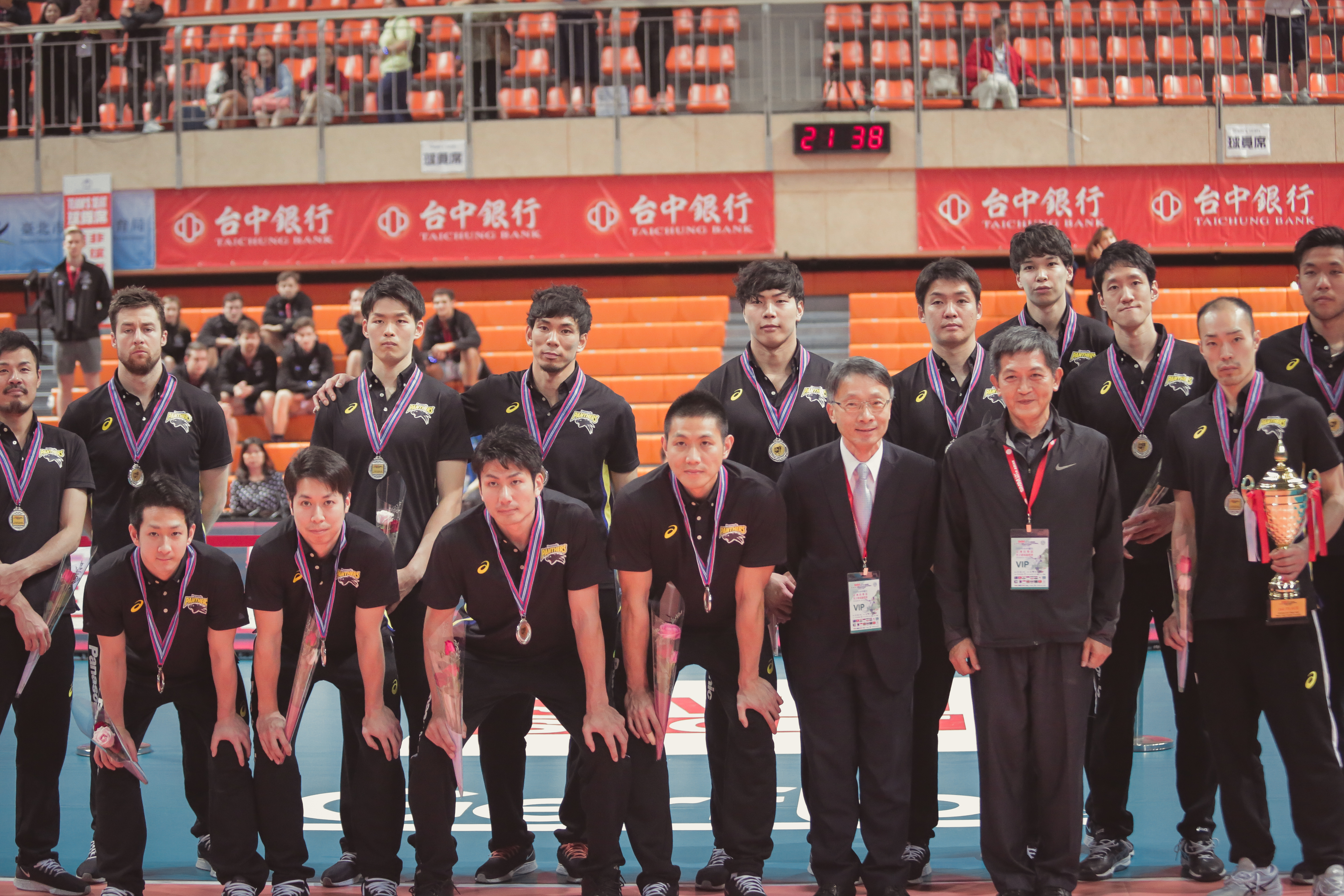 Since the championship’s inception in 1999 in Hefei, China, Iran has made it to the final round in15 editions. Their first debut final showdown dated back to 2000 in Suphanburi, Thailand, when they picked up silver medal after going down to Korea’s Samsung Fire.

Iran are defending and successive three-time champions in this championship, with Sarmayeh Bank Tehran winning in 2016 and 2017 and Khatam Ardakan reigning supreme in 2018. With the stunning 3-2 win against Panthers on Friday, Varamin became the seventh club team from Iran to compete in the final showdown and won the title.

The Varamin’s victory on Friday also smashed Panthers’ dreams of making history of handing Japan the Asian Men’s Club title for the first time. Since Japan’s debut efforts in 1999, teams from Japan had yet won a title in this championship.

Suntory Sunbirds picked up silver for Japan in 2001 in Shehong, China after going down 0-3 to Korea’s Samsung Fire in the final clash. Sixteen years later, Toyoda Gosei Trefuerza, the second team from Japan in history to reach the final, lost in straight sets to Iran’s Sarmayeh Bank Tehran in the 2017 showdown in Nam Dinh and Ninh Binh, Vietnam. Panasonic Panthers became the third team from Japan to come this far to the final, but still missed it as they suffered a 2-3 loss at the hands of Varamin. 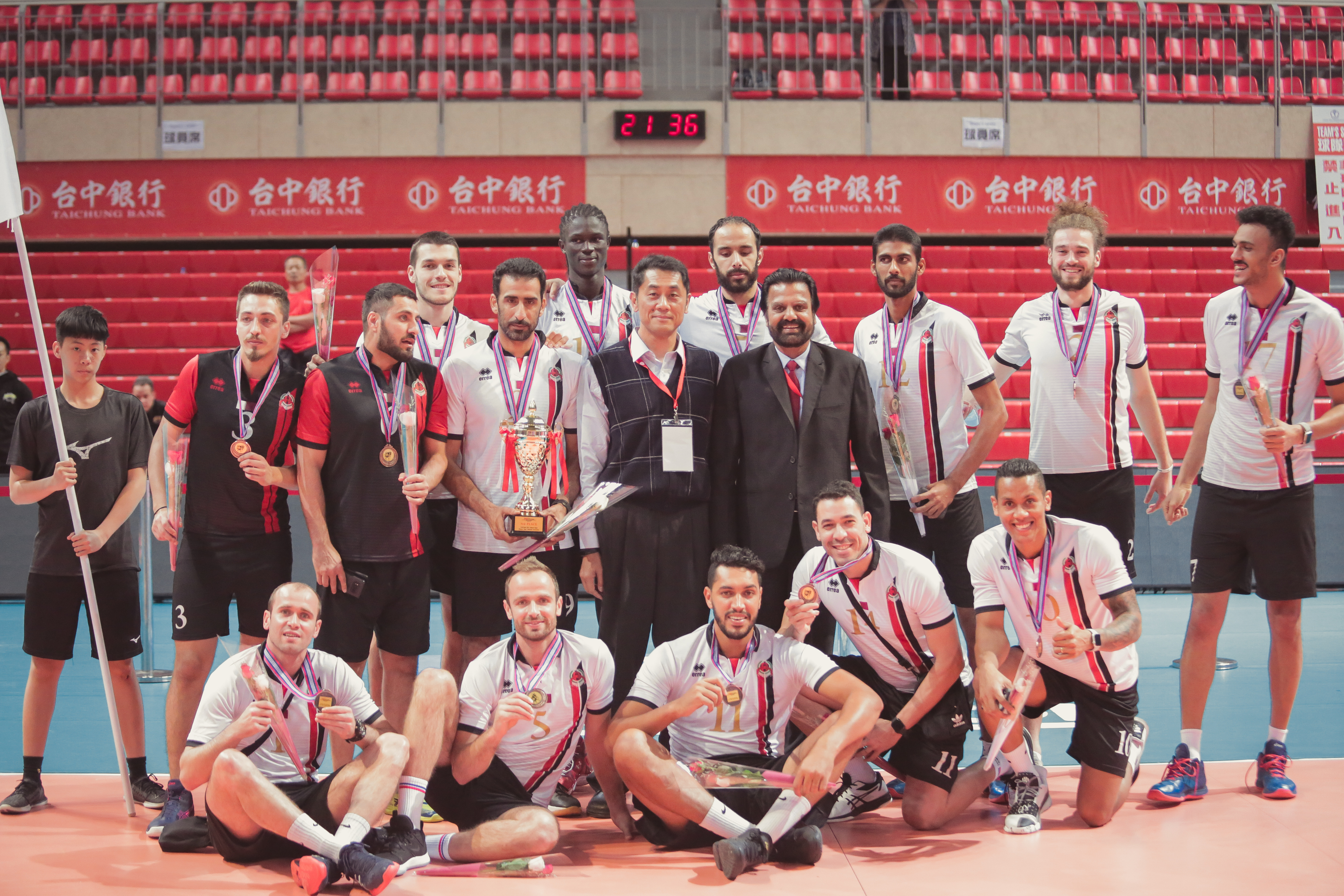 Earlier, Qatar’s Rayyan picked up bronze at the 2019 Asian Men’s Club Volleyball Championship after a 3-0 (25-23 25-19 25-16) demolition of India’s Chennai Spartans in the third-place playoff, gaining a sweet revenge for the 2-3 loss to the tough rivals in the pool round-robin preliminary match last week.

In the 5th-6th playoff match, Sri Lanka Ports Authority Sports Club, powered by Janitha Surath and Lasindu Wasanthapriya, survived a sturdy challenge from Taichung Bank to pull off a magnificent five-set win 25-16 20-25 26-24 19-25 15-9 to return with the fifth place, leaving the host side to claim 6th position. 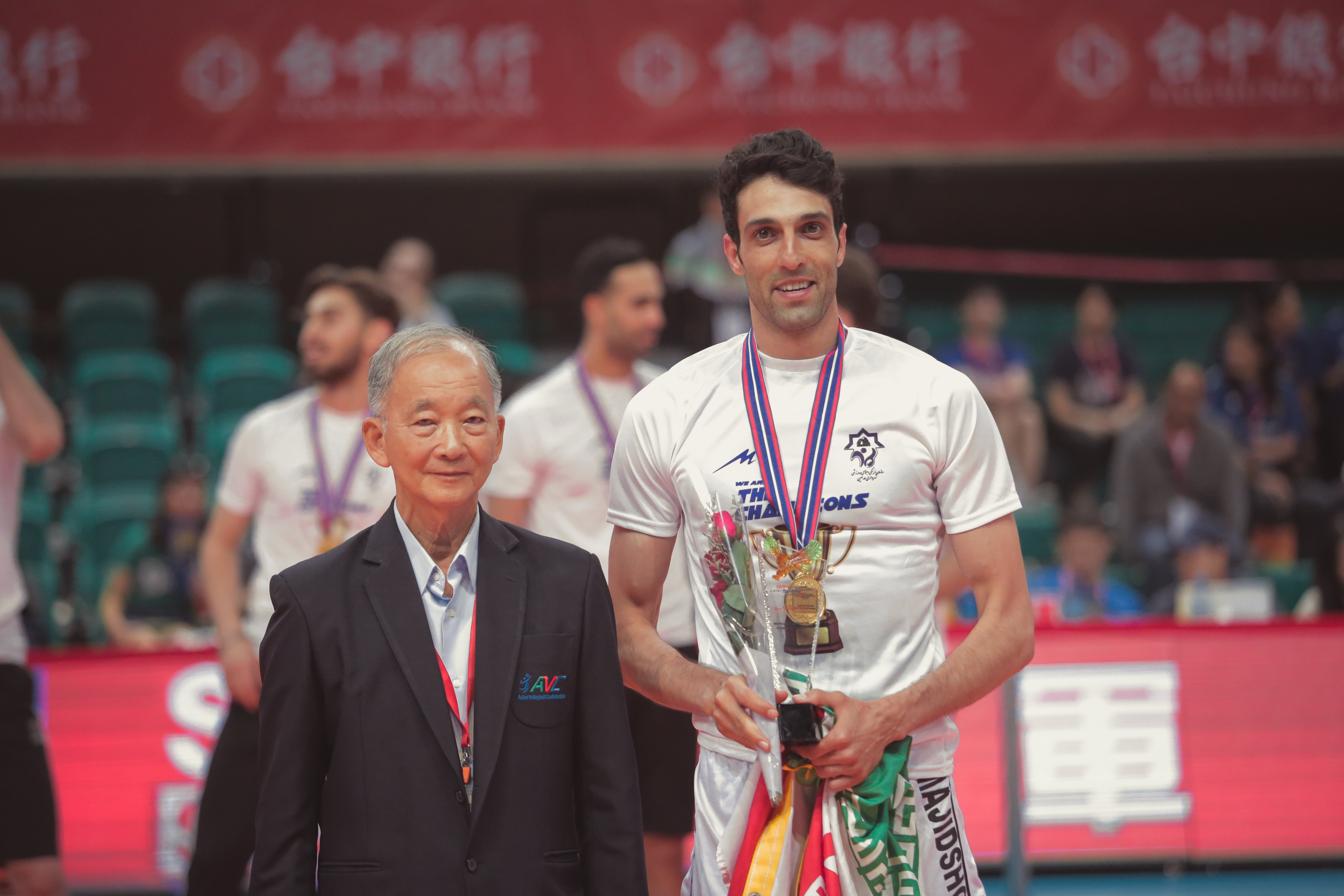 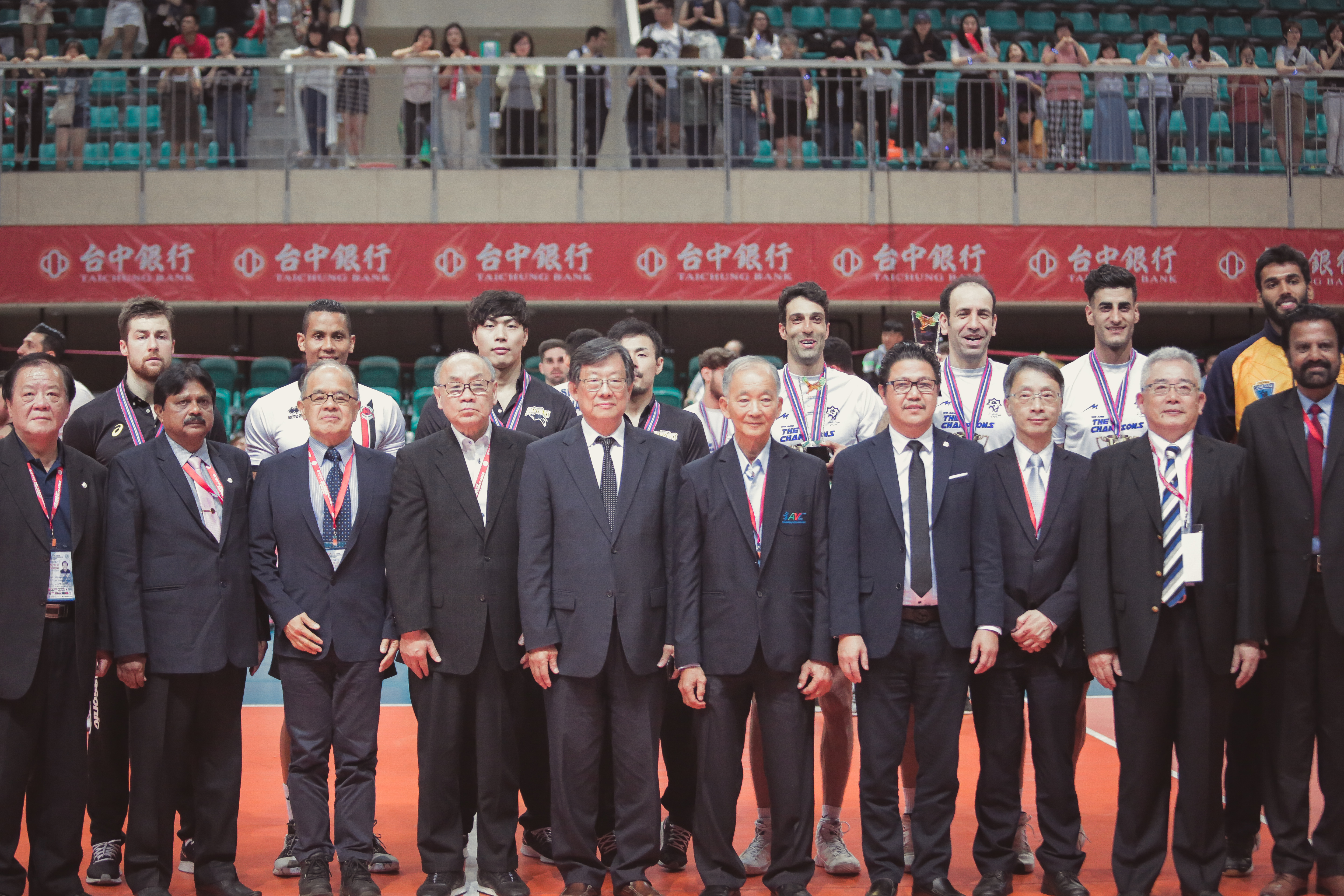