Lausanne, Switzerland, July 12, 2020 – Left-handed opposite Wu Tsung-Hsuan went from being an unfamiliar face to a key player in the Chinese Taipei roster and helped his team break through in volleyball on the international stage. 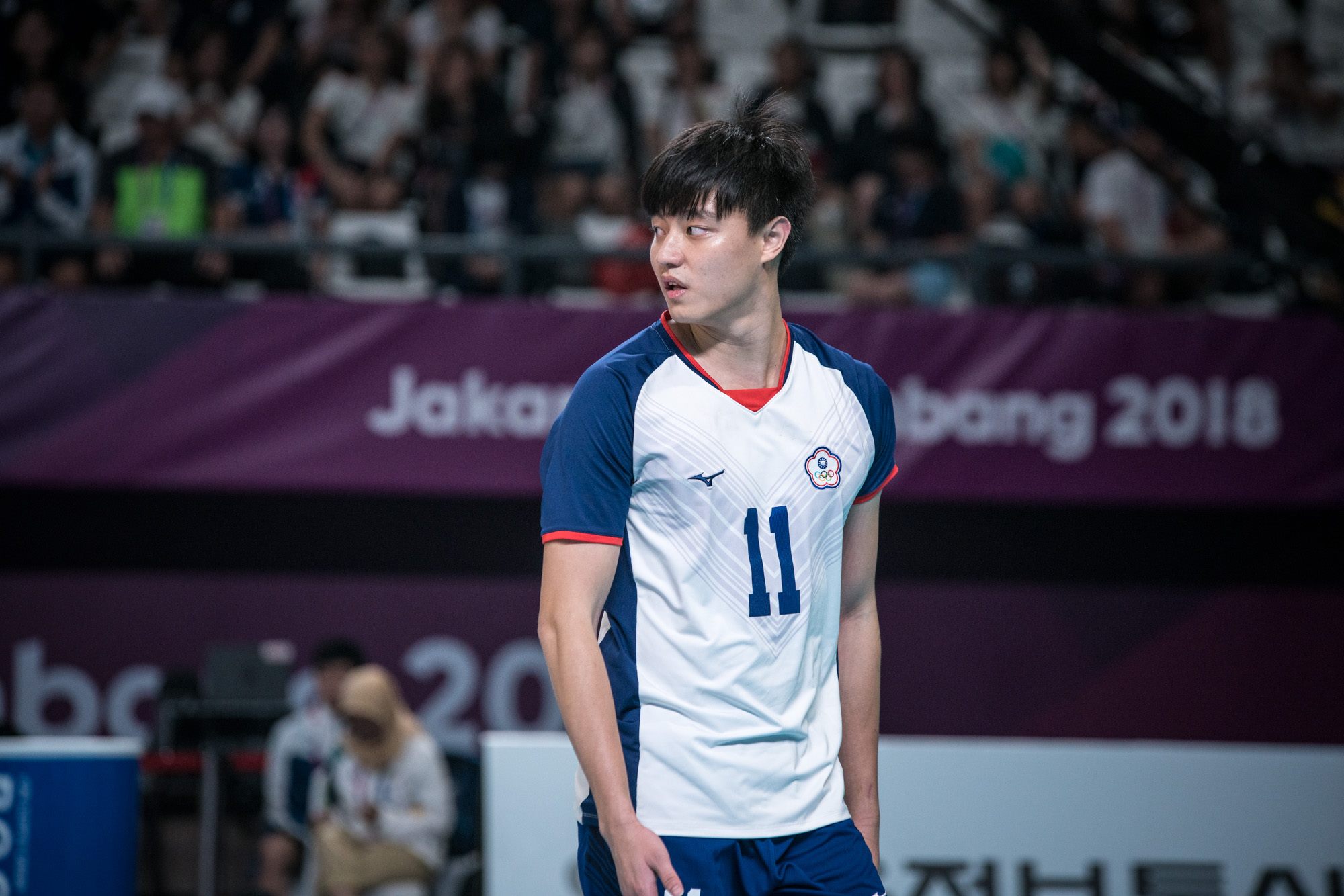 Wu made the transition from substitute to a starter after demonstrating his might at the FIVB Volleyball World League and the Asian Games. Wu and his teammates recorded four wins and two losses to advance to the Group 3 Final on their World League debut in 2016, securing a spot in the tournament the following year. 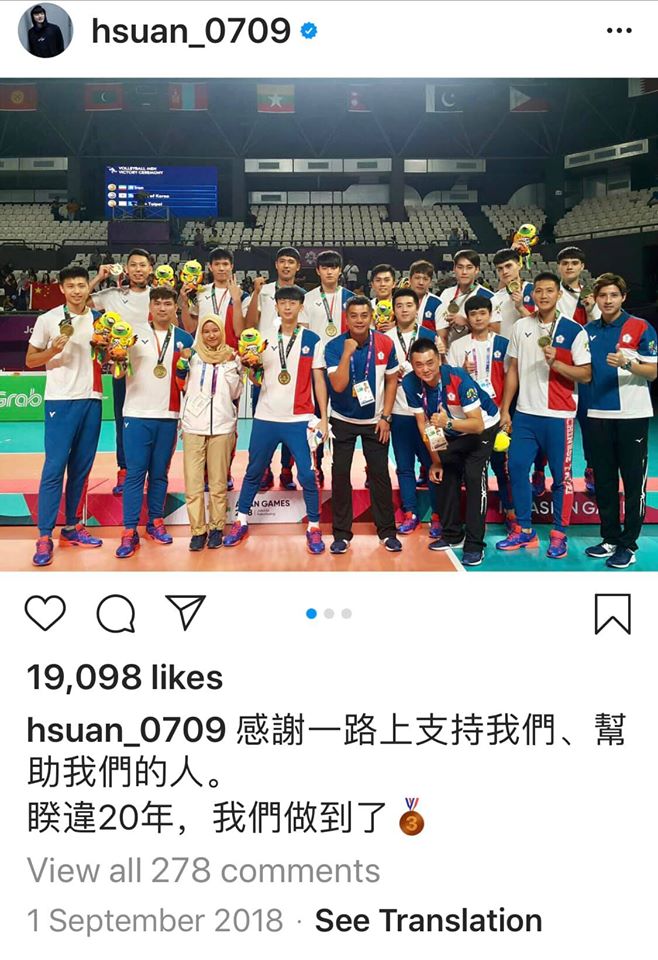 He also played a key role for Chinese Taipei at the Asian Games in 2018, as they ended a 20-year medal drought after stunning Qatar in four sets for the bronze medal.

“The 2018 Asian Games was a memorable tournament for me because it took us 20 years to win another bronze medal,” Wu said. “I was the only opposite in the line-up and I had a heavy responsibility on my shoulders and had pressure to perform well for my team. I was not in top condition prior to the tournament, but the medal win helped me gain back my confidence and taught me how to deal with pressure.

“The two major achievements for me are making it to the World League Group 3 final and winning an Asian Games medal. The World League was my first time to participate in a major international tournament and we successfully made it to the final round. Winning an Asian Games medal was particularly difficult for a team like Chinese Taipei but we made it too.

“Strong self-discipline, teamwork and the will to improve our skills and techniques have led to our successes in senior and age-group tournaments in the last couple of years, especially at the continental level.” 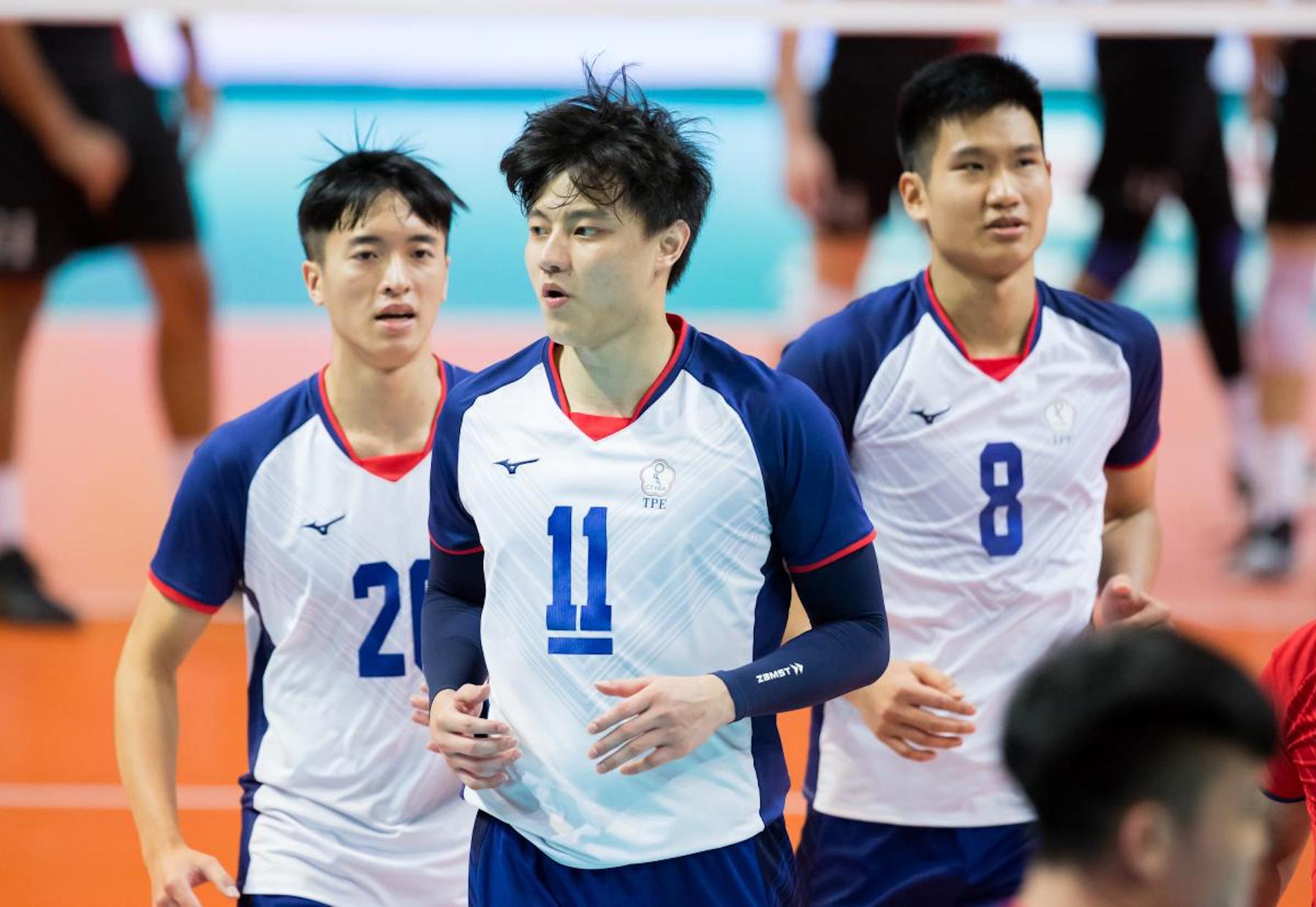 In his youth, family had a huge influence on Wu, particularly his uncle who nurtured his interest in volleyball. He likes to spend his free time doing outdoor activities like travelling and cycling and tries to lead a normal life when he is not on the court. But the athlete in him comes out when he has to face difficult challenges.

“You encounter a lot of challenges when you play, like experiencing frustration or getting injured in a game. But these things should not diminish your spirit, they should make you stronger instead.

“You have to believe that you can accomplish good things. You always have to be optimistic, competitive, and have a strong desire to win but still remain humble.” 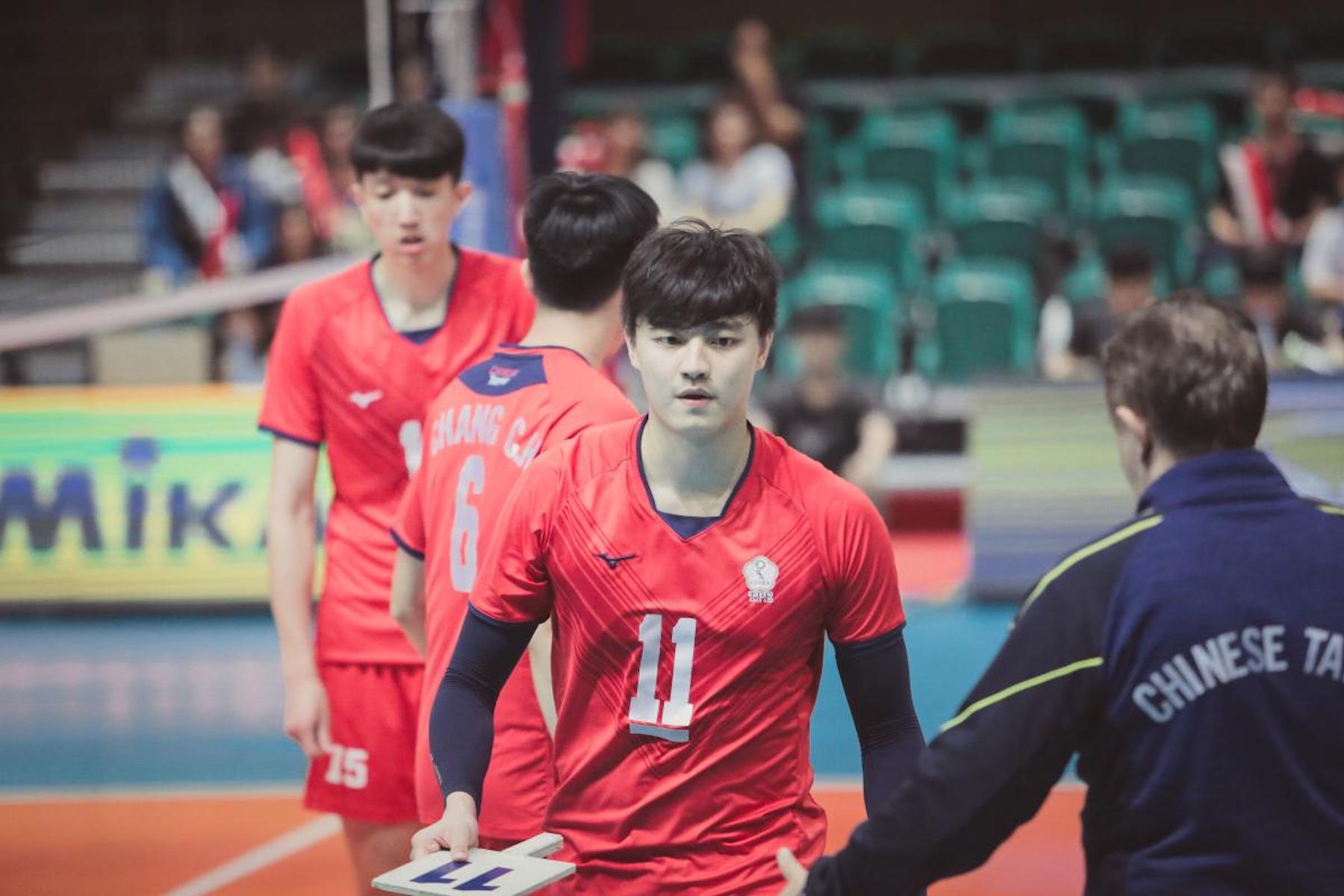 Wu is now primed for bigger things and ready to take on new challenges to propel his playing career. He also has a seasoned Serbian mentor, Branislav Moro, who helps him stay on course for his dreams by maximising his potential on the court.

“Apart from emphasising the importance of basic techniques, he has improved each player’s specific playing techniques and the team’s defence and counterattack. He also improved the accuracy of our service through training. Now we don’t over-train and we focus on recovery instead. 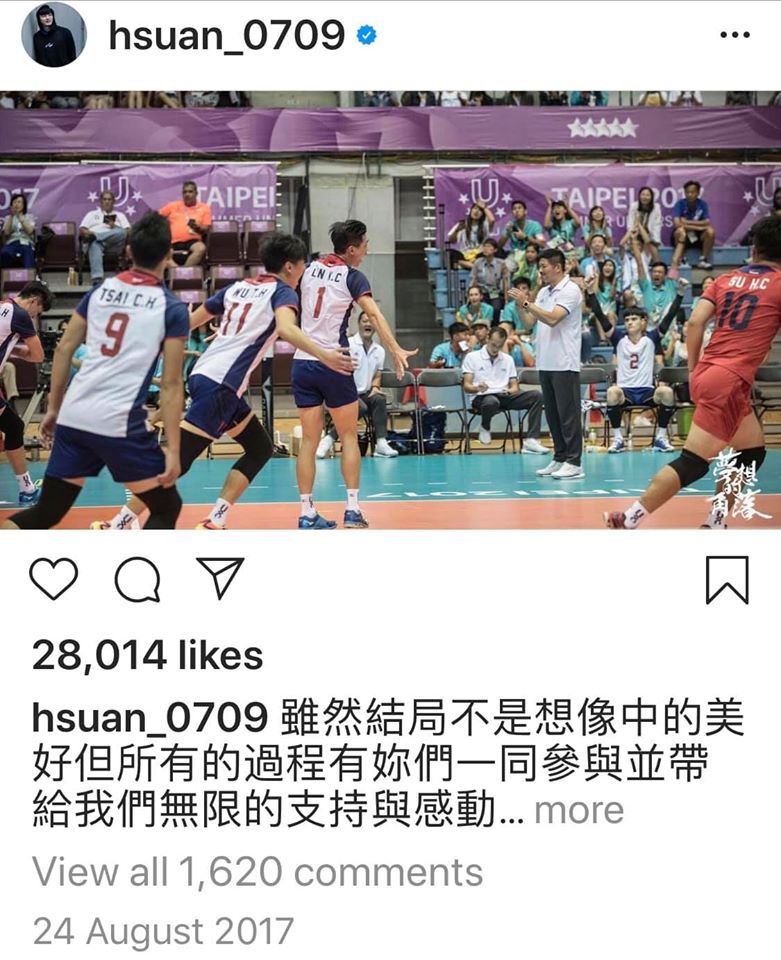 “A lot has changed since my first tournament – the 2015 World University Games. I have become calmer on the court, a better leader to my teammates and more consistent with my game.

“I have become more aware of world volleyball and have a learning mindset. This has helped the team get good results, even breaking some national team records.”

He aspires to play professionally overseas but is also satisfied with the improvement in his country’s league.

“I want to be a professional athlete and join a foreign club. That is my personal goal and to also introduce Chinese Taipei volleyball to the world. Our league is getting better each year and our national team is improving because we now have good training facilities and coaches at the national training centre in Kaohsiung.” 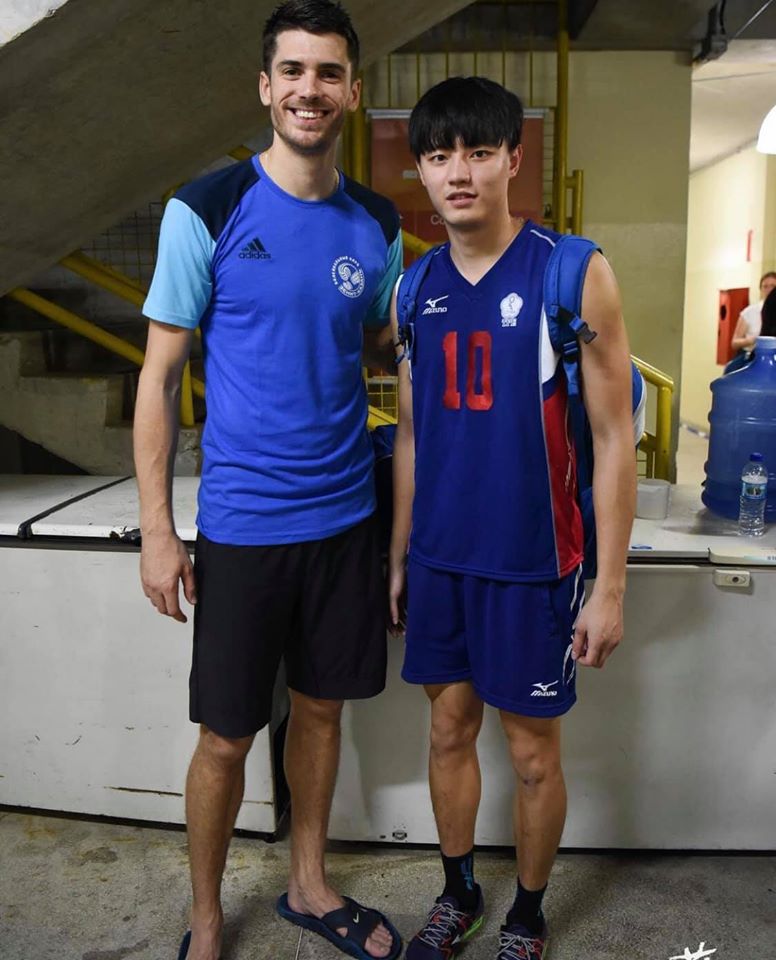 Things are indeed looking bright for the five-year veteran as he embarks on bigger and better challenges. There is also one player who particularly impressed him and makes him aspire for bigger things.

“Yuji Nishida’s attack is excellent. I like the angle and how tricky his spikes are. He also has a powerful serve. He is my goal moving forward.”