Bangkok, Thailand, September 28, 2020 – Zhejiang bounced back from an opening set loss to defeat Liaoning 3-1 (9-25, 26-24, 25-15, 25-20) as Tianjin powered past Fujian in straight sets in the Chinese Women’s Volleyball Championship in Jiangmen, xinhuanet.com said in a news release on Monday. 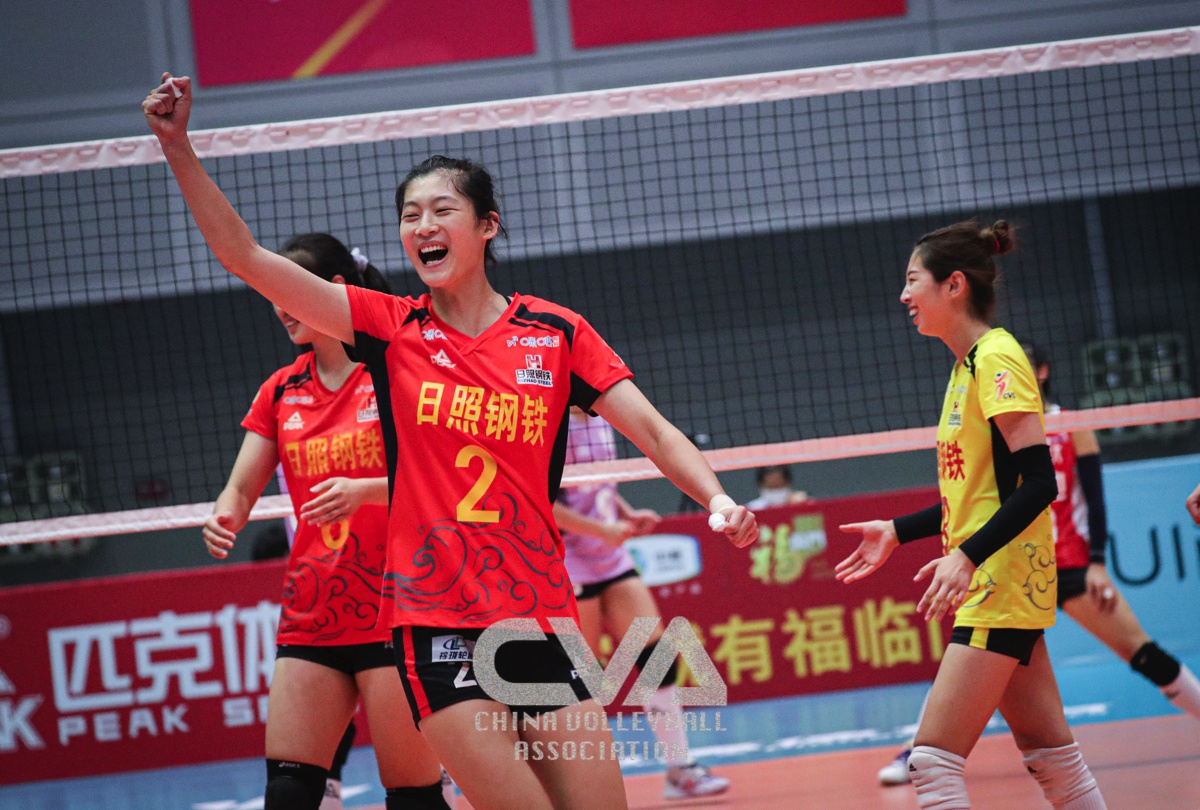 Liaoning stunned Zhejiang quickly after the start of the first set with a 6-0 run before advancing to a 7-0 run, which eliminated Zhejiang’s chances to resist.

It seemed Liaoning would dominate the game again as they grabbed seven points in a row in the opening stage of the second set. However, Zhejiang strengthened their blocking to gradually narrow the Liaoning’s lead.

Although Liaoning got the set point first at 24-21, the consecutive errors in their front row let Zhejiang pull one set back.

Zhejiang’s captain Zhu Yuezhou was the key person to lead her side as she gave Liaoning a 4-0 and a 6-0 shock in the middle of the third set. Liaoning then failed to cut the deficit.

Liaoning followed Zhejiang tightly in the fourth set until Zhejiang widened the lead by scoring four points in a row. Wang Na took the set point with a service, then Liaoning made an unforced spiking error to hand Zhejiang victory in this match.

“Liaoning put a lot of pressure on us in the first set, so I encouraged my players to counterattack them even more fiercely,” said Zhejiang head coach Wang Hebing.

“If we don’t have advantage on strength, we should play with much more confidence than our opponents and come up with a stronger will to win,” he added. 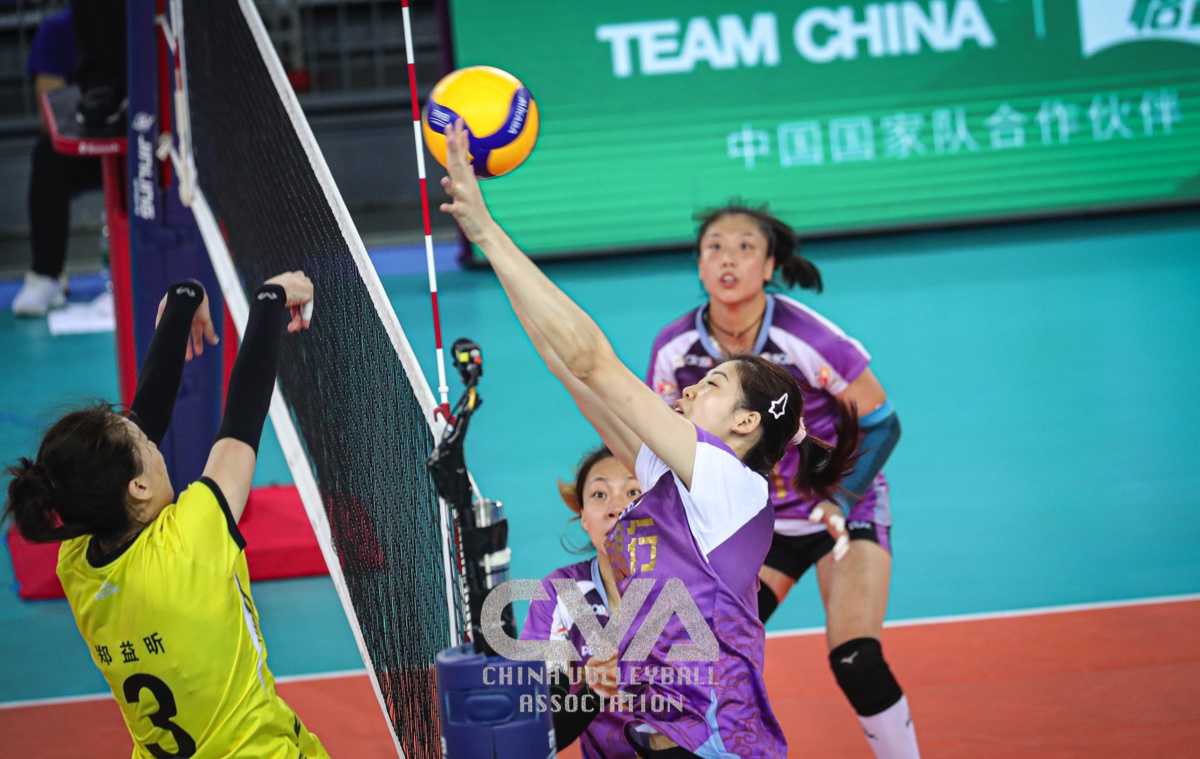 Another game on Monday saw Tianjin take a sensational 3-0 (25-17, 25-17, 25-17) victory over Fujian.
Fujian took an initial lead in the start of the first set. However, Tianjin retook the advantage after scoring five points in a row. Fujian’s frequent errors in receiving allowed Tianjin to a win.

Fujian’s players were unable to break the tight blocks from Wang Yizhu, the youngest player of Tianjin who grabbed nine points in the second set.

Fujian had little chance to score in the third set. Yang Yi then concluded the game with a serve.

“I feel I’m improving, both on the psychological side and technical side,” said Wang Yizhu. 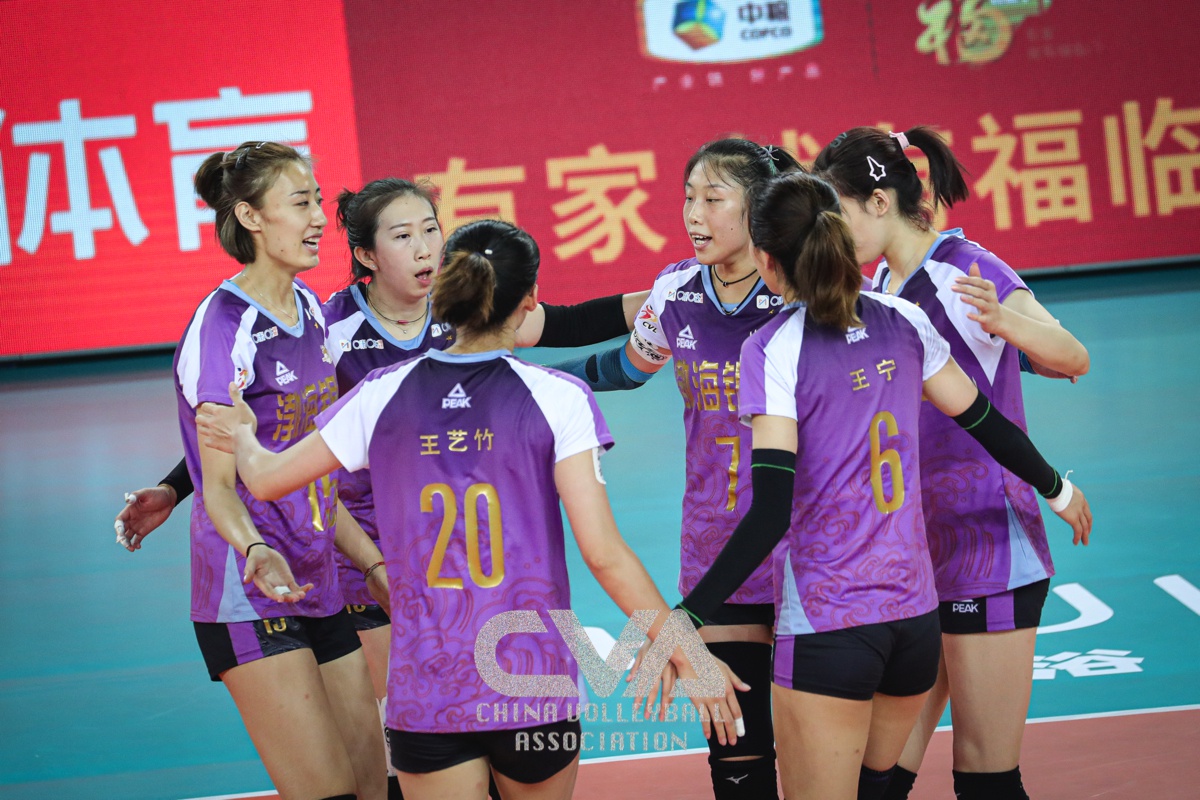