Bangkok, Thailand, February 22, 2021 – The third stop on the G.J. Gardner Homes NZ Beach Tour concluded Sunday with the number two seeds in each gender upsetting the top seeds in the final.

Olivia MacDonald and Francesca Kirwan were forced to come from a set behind to beat Julia Tilley and finals debutant Anilise Fitzi 2-1 (17-21, 21-7, 15-7).

Sam and Ben O’Dea finished the event without dropping a set, as they defeated Alani Nicklin and Tom Hartles in the final 2-0 (21-19, 21-15). The first set appeared to be comfortable for the O’Dea brothers after a strong start but late in the set Alani and Tom levelled the scores at 19-19, before the O’Dear was able to side-out and then finish the set with a huge block.

The tour will now head to Mt Maunganui on March 12-14 for the Mauao Super Slam, followed the next weekend by the Tour Finals which will also be held at Mt Maunganui from Mar 19 to 21. 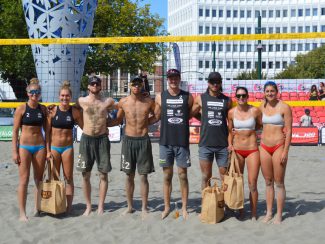 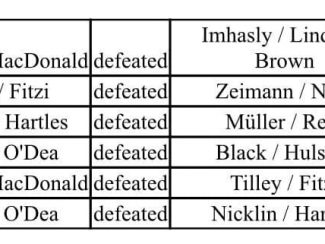